Throughout our history, the DCMP has never wavered from our stated purpose: to encourage the participation of local Democrats in national, state and local political and social issues; to support the candidacies of qualified Democrats for public office; and to provide and support an active organization to work for the nomination and election of Democratic candidates who will advance legislation addressing those political and social issues while respecting human equality and welfare, in harmony with the basic tenets of the Democratic Party.

Today, thanks to the generosity and dedication of our more than 400 members, the Democratic Club of the Monterey Peninsula stands as the premier Democratic Party organization in Monterey County. Some highlights of the past few years include:

The election of Barack Obama and the return of Congress to Democratic Party control in 2008 and his re-election in 2012 were great victories, but the battle for Democratic Party ideals and values continues, both in Washington and in Sacramento. The DCMP is in the forefront of that battle.

Join us today. Help us to meet our goals, and to reach for new ones. Work with us for a greater California, and a greater United States of America. 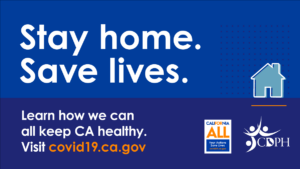 Don’t let RBG die in vain! We need to pick our s

Tonight! Without a doubt, this will be the most i

Pre-party tonight at 5:00p! Democrats across the

We have a ticket! And we’re making history, or s

Are you a Democrat running for office? Would you l

Thank you Congressman @repjimmypanetta for signin

Help keep the Center for Change open and get some great treasures! ... See MoreSee Less

Indeed!!GREAT point! Here's a CEO who gets it: if you're paying your workers LESS than they would make on unemployment, then your wages are way too low! Follow Ro Khanna. ... See MoreSee Less

We must never forget SPC Vanessa Guillén or cease honoring her memory.

No one should experience such pain or loss, which is why I am humbled to cosponsor legislation in Vanessa’s name in the fight to protect survivors of military sexual trauma. ... See MoreSee Less